Home>Blog>Blog>Importing and Exporting Translations in SharePoint 2010 Here are the TechNet articles describing how you need to install the language packs:

Once you’ve installed the language pack(s), you can give your users the option of selecting which language they want to view the site in. For a helpful introduction to the user interface, read Joris Poelmans’s blog articles:

Once your language pack(s) are installed, you’ll see a couple new links under the “Site Administration” section on your Settings page: 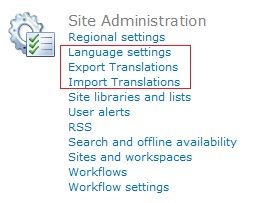 The new addition that I like is this: SharePoint will now easily keep track of various translations carried out on the same site. For instance, I can set the title and description and icon of my SharePoint site while I’m viewing it in English. 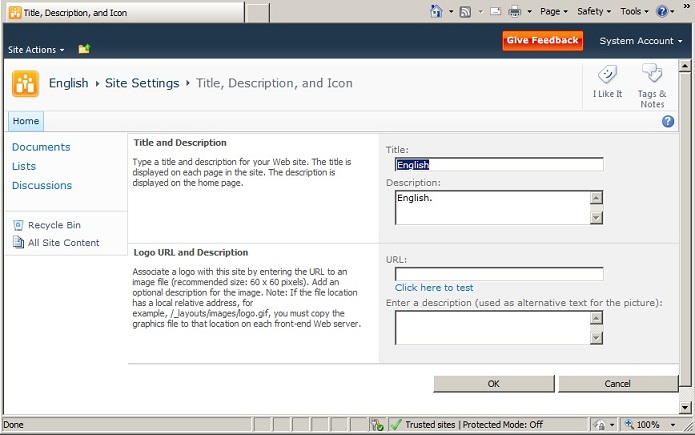 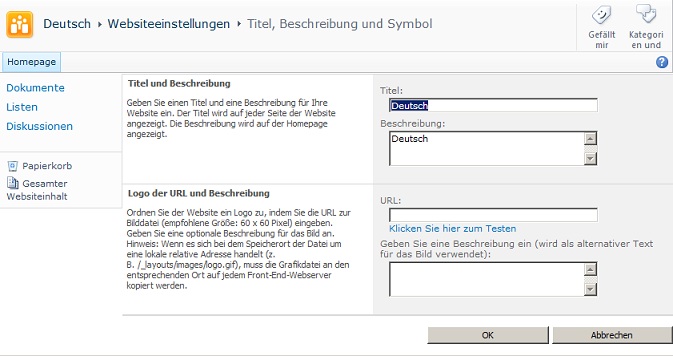 SharePoint also keeps track of values such as the name and description of the various lists and libraries you might have on your site. This allows you to seemlessly translate values for the same site viewed in different languages.

In addition, SharePoint will now automatically generate a Resource file (.resx) for your language based on the values users have modified simply using the browser, as in the example above. For example, by going to the “Export Translations” screen, I can export the names and descritpions of my site, lists, and libraries that were edited while I was viewing the site in German:

As the page points out, if the original language of the site is in English and I give the site a translated name when I’m viewing the site in German, but then I change the English name of the site, SharePoint considers the German site name “not translated”, since it doesn’t reflect the most recent changes to the primary language’s site.

The “Import Translations” screen allows you to import a Resource file for an alternate language.

The whole Import/Export process can be extremely helpful if you want to be able to send a file to a person who can translate your site details into another language. You can send them all the values that need to be translated, have them do the translation, and then they can send the file back to you, and you can import it right back into the site.