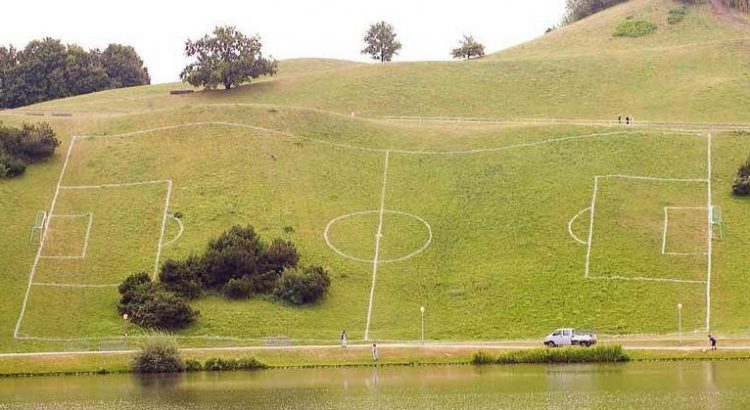 In the May/June 2018 issue of the Harvard Business Review, I found two separate articles which stood out to me: one that clarifies the differences between men and women in the workplace, and another about “dual-career” couples. It struck me that they both address how companies need to change to allow both men and women maximize both career and personal fulfillment.

We’re Not So Different After All

The first article, entitled What Most Companies Get Wrong About Men and Women, by Catherine H. Tinsley and Robin J. Ely, points out that there is no scientific evidence that women and men differ much in terms of ambition, disposition, behavior, and attitudes in the workplace. However, there are beliefs that persist that this is the case. In some case it’s couched in positive terms and other times in negative, but regardless, there’s still no scientific evidence backing up these notions. For example, it’s heard sometimes that women are too passive and not aggressive enough; or that women don’t negotiate well; or that they are too “nice”. However, as the authors point out, there are often alternative explanations for the behavior that’s seen that differentiates women and men. For example, the authors argue that sometimes women aren’t given as much access to information or tools as men, thus not even knowing certain opportunities exist. (In one example, a male colleague was playing tennis with his boss and found out about an open position during their time together. When a female colleague was passed over for the position, the male manager assumed she didn’t want it and wasn’t ambitious enough to pursue it, when in fact she didn’t even know the position was open.) The authors also point out that women don’t get as much constant and constructive feedback on their performance as men. This hampers two things: their sense of confidence that they’re doing well, which propels women to take on more responsibility; and constructive feedback which allows them to adjust their performance. Finally, the authors argue that women are often scrutinized to a higher degree than their colleagues, which means mistakes are magnified, and women become more hesitant to make mistakes when the consequences are more catastrophic. The authors argue that the antidote to this is for all employees to be self-reflective on their own behavior, and to try to observe their own subtle bias and course-correct. This might be acknowledging that a woman’s mistake is no worse that a mistake a male might make, or realizing that giving a woman responsibility to execute a task in spite of a person’s fear of the woman’s failure might just result in excellence. At the end of the day, changing small behaviors will mean better talent retention for companies. When woman are allowed to succeed and not subtly held back, they will not just remain at a company, but they will contribute to the company’s prosperity, while also feeling fulfilled.

The second article, titled Talent Management and the Dual-Career Couple, by Jennifer Petriglieri, discusses how companies are losing talented leaders because they are failing to recognize that many married couples are trying to advance the careers of both partners at the same time. The old notion of one person pursuing the career while another person’s partner tags along is out-dated.

Over the past three decades, assortative mating — the tendency of people with similar outlooks and levels of education and ambition to marry each other—has risen by almost 25%. Nowadays, when an organization hires a manager in his or her thirties, that person’s partner is also likely to be an ambitious professional with a fast-paced career. Paradoxically, a trend that should expand the talent pool for companies shrinks it instead, because of their outdated ways of developing people.

When a company expects its up and coming managers and executives to frequently uproot their family and move to different locations, that expectation is no longer realistic if a partner’s spouse is also pursing a career in their current location. If a company can allow for flexibility – whether that means allowing for telecommuting, four day on-site work weeks, accelerated and high-impact (but shorter) on-site visits, working at alternative times of the day and the like – companies are likely to retain their talented employees who might otherwise bail on an advanced position if they think it’s likely their spouse’s career will suffer. And men who are supportive of their wives are more likely to also be supportive of their colleagues as well. Additionally, if executives can provide workplace flexibility and see that performance is still up among employees, it might help them also loosen up as well, providing a positive feedback loop for work/life balance exemplified by leadership. Studies show that men are just as committed to their families as their wives and, especially in dual-career homes, are trying to balance family and work responsibilities with their wives; these men will especially appreciate the flexibility that allows this to happen.

I would say that my husband and I qualify as a “dual-career” couple; we are both deeply committed to our professions. And we’ve witnessed first hand a baby-boomer mentality that was mismatched with our current situation. My husband had a manager at one point who expressed frustration that I had a good career, implying that made my husband less hungry for results. This manager seemed to wonder why my husband had so many family responsibilities when he had a wife who should be able to do those things. When I was in the hospital after having given birth to my third child, this same manager made a point to keep his regularly scheduled weekly status update meeting with my husband the day after my delivery, although there was nothing particular pressing that required my husband’s attention. It was eye-opening to me that this type of attitude should still be present in today’s day and age, but according to the Women at Work podcast Couples That Work which accompanied this article, that mindset is not that uncommon, especially among older adults.

So if we think of career prioritization, there’s three basic forms. There’s the primary/secondary. There’s a turn taking, where we both take turns in the primary position and the secondary position and sort of rotate every few years. And then there’s something we call double primary, where we’ve both got a primary career, but we have some boundaries around it. Let’s say we’re going to base ourselves in New York, and not move outside New York, but within there, we can both go full steam ahead in our careers. What we found was that, for the younger generations, so maybe below about 45, there didn’t seem to be a penalty, if you like, for the genders of saying they were primary or secondary careers. There were men who were secondary careers who were very happy to say so. And likewise women. When we looked at the older generation, it was very, very hard, and we had absolutely no couples say that they weren’t primary/secondary, the man being primary, the woman being secondary. It seemed difficult for the women to claim that primary career, even when, from the outside looking in, it really looked like they had it. And equally, you know, for the men to let go of that primary career slot.

My husband and I both have jobs where we visit clients and customers on-site frequently, so each day we coordinate who is going where and who will be taking kids to which activities. This constant communication has enhanced our marriage because it forces us to work as a team to accomplish everything required for a family of five. While we often hear that it’s important to have equality in marriage, I personally can say that equality takes place over a period of time. To quote a different HBR article,

While your sense of justice may push for a perfect divide between household tasks so that each spouse takes on exactly half of the burden, a study conducted by Norwegian researchers showed that couples who split housework 50/50 were more likely to divorce. The lesson is that your partner might interpret insisting on a perfect division of labor as “keeping score.” As an alternative, seek fair — but not necessarily even — task distribution so that you both feel that you are putting equal effort into the home.

I’ve been diving into these topics a lot more recently and while these two articles just scratch the surface, I think the exciting thing about today’s workplace is that we are all being encouraged to examine our own biases and search for alternative ways of addressing problems. This process takes time and an openness to learning, but for those managers who can embrace it, they will have more fulfilled and engaged employees and not lose talented employees because they were overlooked or side-lined, albeit unintentionally.