A Look Back Over 10 Years of MVP’ing 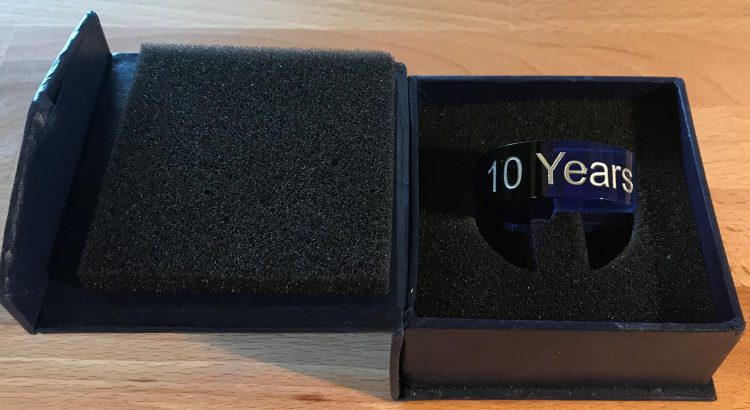 When I got my first MVP award, I was a newly-wed living in Mount Vernon, IL. I had recently moved from the Dallas area to be with my new husband; I had just left a brief 9-month stint with Microsoft Consulting Services after deciding that I was happier working for myself than for a big corporation; and I had just transitioned from working with Microsoft Content Management Server several years before to diving into SharePoint 2007 — and things were exciting!

I had decided that I wanted to write books and speak at conferences. I had started blogging a few years earlier and was surprised to discover that I had people reading my blog from all over the world (which I discovered at my first MVP Summit when I met folks from Maryland to Iran to Saudi Arabia who said they knew who I was because of my blog.)

I was at a local client, trying furiously to launch an RFP system based on WSS 3.0 into production when I got the e-mail that I was named an MVP. I remember squealing for joy briefly and then having to re-focus to get the site launched.

The SharePoint Conference was just a month after I received the award and I was on cloud nine. I got to meet some other SharePoint friends for the first time and remember being excited about joining an “MVP Only” event with some of my own personal SharePoint heroes, whose blogs and classes had helped me through the years. (Specifically, I was amazed that Spence Harbar was a real person after having used his blog as reference material for CMS for years on www.mcmsfaq.com, and I got to meet Andrew Connell who had just taught me a SharePoint course remotely when he had first teamed with Ted Pattison.) Through the years I have also attended multiple  fun MVP summits getting to know product managers and other MVPs on a personal basis. Many of my MVP friends have moved on to Microsoft and are now making a new impact from within the company but we share a common history as MVPs.

An interesting thing to note as I reflect is that SharePoint’s rise in popularity came about around the same time as social media (specifically Facebook and Twitter) took off. Many of us who worked with SharePoint “friended” each other and got to know each other personally by seeing pictures and updates on our Facebook feeds. As someone who has been a sole proprietor for most of my career, (without co-workers to share an office space with), it was comforting to know “co-workers” in Seattle, Minneapolis, and even Hungary. Through social media we knew as much about each other’s kids, cross-country moves and job changes as we did about each other’s SharePoint tips, tricks, and struggles.

The best change I’ve seen is the fact that it doesn’t mean as much anymore to be an MVP. What I mean by that is that in the past, it sometimes felt like only the chosen few had the ear of Microsoft’s product team, which is why I coveted being an MVP so much; I wanted to be able to give the product team insight and in turn receive information from team members. In recent years, Microsoft has a much wider “open door”. You can now submit your own documentation online, or log your own bugs in User Voice. You can attend a conference and meet product team members and engineers on the showroom floor and they will give you their e-mail address. While I still appreciate the honor of being awarded, I am happy to see the ways Microsoft has become a more inclusive and open company in general in recent years. I think it’s no coincidence that this openness coincides with Microsoft’s massive profits in recent years.

In my personal life, I’ve had three beautiful children who are now 8, 6, and almost 4. Sometimes I feel like Ginger Rogers, but 10 years later I’m still plugging along. I no longer aspire to speak at conference all over the country as I once did since it means travelling away from my children (which I try to keep to a minimum.) Many of my Facebook friends’ children are heading to college and now many people have left the SharePoint world to tackle Office 365, Azure, and other frontiers. In terms of my own professional journey, I have found great joy in continuing my activities surrounding training, whether that means writing on-demand courses, authoring exams, or teaching classes. And although I was new to the St. Louis area 10 years ago, I have enjoyed building a customer base and a wealth of friends and colleagues here in this city.

The first year I was awarded was the first year they gave out the glass trophy. (I won’t lie, I heard a gift was coming and I was really hoping for an XBOX! The trophy was not what I had in mind!) I can’t believe I’m almost about to run out of room on this thing. Maybe next year they’ll finally send me that XBOX… 😉