A Reflection on Juneteenth 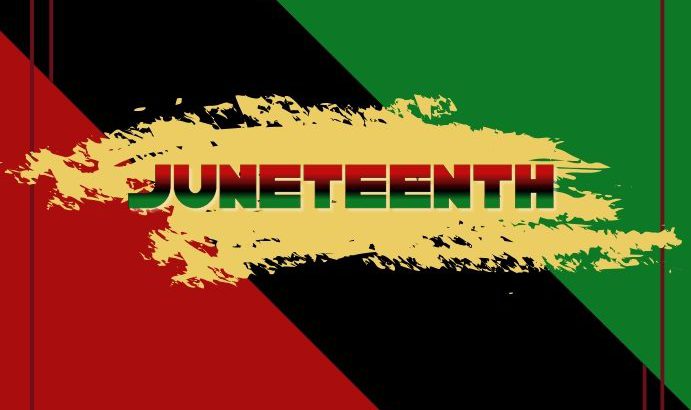 Although I’m originally from North Carolina, went to college in Michigan, lived aboard in Germany and Austria for a year, and have lived in Illinois for 13 years (whew!) I did in fact live in the Dallas area for five years, from 2002 – 2007. It was there that I learned about the celebration of Juneteenth, the day in 1865 that celebrates when black Texans finally got news that they were emancipated — years after the official Emancipation Proclamation.

It seems fitting that this celebration is now being discovered by the rest of the country. This day celebrates freedom — not in a rhetorical sense only, but the actual liberty of enslaved people. However, it also reflects the extended abuse of black Americans, who weren’t afforded the freedom that was already theirs. It’s a joyous day to celebrate Black culture, but I can’t help but reflect on the ways that many Black members of our society still are not experiencing the freedom that is rightly theirs.

As a White woman who owns a technology company, I am very often the minority gender when walking into corporate conversations. Over the years I have done an unofficial mental survey and come to the conclusion that about 1 in 5 of the people I interact with in the technology field are woman, and probably only 3-5% are doing jobs that are highly technical (similar to what I do), such as coding or managing infrastructure. (Most women I encounter have roles related to IT but are more along the lines of project managers or sales professionals.) However, I am saddened to say that the number of Black professionals I have encountered in IT is probably closer to 1-2%. Clearly, more work needs to be done to recruit and educate students in the Black community into the field of technology.

The problem with systemic racism is that it’s, well, systemic. Changing a whole system necessarily means the dismantling of various parts, one at a time. I hesitate to even write this article because I don’t have a three point plan to “end racism” in my business or my world and I absolutely hate the idea of putting token ideas out there that require little of me and are for appearances only. But I do promise to do the following:

I was moved by the art work that has taken over the boarded up windows and doors of businesses in St. Louis, including this artwork that was put on the police department of the City of Ferguson. (You can read the full article with additional pictures at https://www.stltoday.com/entertainment/arts-and-theatre/boarded-up-windows-become-works-of-beauty-by-st-louis-artists/article_02bacb70-93d8-5d54-90ce-1473956d0aef.html.) May we all seek forgiveness and vow to listen to one another like never before.