Lean In: Women, Work, and the Will to Lead

Home>Blog>Blog>Lean In: Women, Work, and the Will to Lead 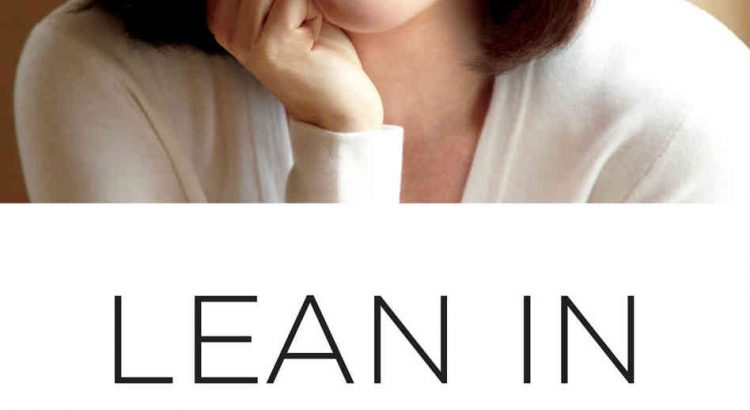 Sheryl Sandberg is the COO of Facebook and has recently published a book entitled Lean In: Women, Work, and the Will to Lead<. I heard about this book when I heard her interviewed on NPR and then I saw the book when I was meandering through Barnes and Noble last week. I try not to make many impulse purchases, but after going home without buying it, I returned the next day to pick it up. I have to admit, I’m a pretty slow reader, but I’ve plowed through this book quickly. It has been incredibly refreshing to hear the insights of another (successful) woman in the technology industry talk candidly and specifically about gender issues in the workplace.

It’s hard to summarize everything contained in the book without it sounding like quick sound-bites regarding easy solutions for many issues. I wish I had enough space to write down all the quotes from the book that I highlighted, but I’m afraid if I did that, this article would be 10 pages long and I’m sure I’d violate copyright law somewhere! At the risk of all that, here are some of the main points she makes, that stood out to me:

The book is certainly colored by the author’s experience and her own personality type, so I don’t always agree with everything she says. However, I appreciated the fact that when she said something I found a little doubtful, she often followed her conclusion up with scientific data that proved what she was saying. I was fairly surprised that bias is as wide-spread as it is. I think that was the key, though. Although it would be nice to think that we’re not dealing with 1950’s era gender bias, the truth is that all of us have bias or natural inclinations to behave one way or another. Sheryl is attempting to help us all (men and women alike) become aware of these ingrained (and usually unconscious) ways of thinking so we can consciously do something about it.

A lot of this book hit home for me because I can identify so much with her own life experience, and my own career illustrates much of what she talks about. I didn’t get married until I was 30, and I had my daughter when I was 34. I had the opportunity to spend the first part of my career focused quite intensely on my job. (Let’s be honest, though, it wasn’t necessarily out of desire. I didn’t have anyone else paying my bills but me, so I had to work. It’s just how things worked out for me. Not everyone has the same path as me.) My daughter is now almost 2. I’m pregnant with my second daughter, due in July. Last year I decided to incorporate, so I’m no longer “just” Becky Bertram, but I’m now launching a business. Throughout this massive life change, it’s been incredibly hard to keep the same level of commitment to my job while having the additional responsibility of being a parent. There are many times when I, rather foolishly, want to quit my job because I somehow think being a full time stay at home mom would be “easier” than starting a business, being a parent, and being pregnant, all at the same time. (Laughable, I know. Anyone who knows a stay at home mom knows it’s anything but easy!)

However, I can attest to Sheryl’s point that, if I hadn’t had already invested so many years in building my career, I might not have the options that I do know. For the last two years I’ve worked four days a week. Yes, there are weeks when I practically go insane because I had more than enough to do when I was working 5 days a week, and now I have to do that, plus cover the cost of child care, while working one less day a week. But I feel so incredibly blessed that I’m at the point in my career where I have that option. Along those same lines, I was able to take 3 months of maternity leave with my daughter when she was born, because I took the risk early in my career to work for myself rather than work for a company where I’d be required to return to work after 6 weeks. I’ll admit, it’s sometimes hard for me to admit to my clients that I’ll be unavailable on Wednesdays because I’ll be home with my daughter. Somehow it doesn’t seem “professional”. But I’ve learned to hold my head up high when I say that. I like to think that most people don’t look down on me, but are probably secretly a little jealous. And if they have a problem with me choosing my child as a priority, as long as they see me making them a priority for the other four days a week, I figure it’s not someone I need to be doing business with anyhow.

I won’t lie, this pregnancy has been far more difficult than my last one. Having a 1 year old to take care of while being pregnant has made it a lot more difficult to get the rest I was able to get 2 years ago when I was pregnant. Knowing SharePoint is going through such a major shift right now makes it even more difficult for me to choose time with my family, or just plain time sleeping so I have the physical energy to grow a baby, when in my “past life” I would have stayed up late learning and experimenting. Like many women, I don’t want to my clients or partners to think I’m any less committed to my job or what I do, but there’s also a reality factor involved of the physical limitations of pregnancy and the demanding nature of motherhood. It can be tremendously stressful. I appreciated the fact that Sheryl came out and said that employers need to talk about things like pregnancy and family planning with women, giving them permission to talk about these real-world issues so women don’t feel like they’re not allowed to talk about it for fear of being seen as weak or unprofessional.  In fact, Sheryl argues, giving women permission to plan for parenthood means they’re more likely to return to work and be much happier employees later on, rather than just dropping out of the work force completely. I can’t agree more.

If women give up their job while they’re going through the kind of transition I’m going through, they’re not just giving up a few years; often, they will never achieve the same status again in their career. That is one of the reasons why I’m making the push to continue. I have to remember that this is the period of my life where I have the very demanding requirements of growing a child and having a toddler, but that it won’t last forever. If I feel like I can’t do what I did before, maybe that’s OK for the time being. As Sheryl says in the book, “Done is better than perfect.” Hopefully, I’ve still got a few years in me to do this technology thing yet.

In the meantime, I do have an amazing spouse who is actively involved in his daughter’s (and soon to be daughters’) life, and I also have a fantastic babysitter who has become like a member of our family. Our babysitter watches our daughter in our home, and I often work at home, so I’m able to see my daughter throughout the day as I come and go. I have to continually remind myself that while I would love to spend more time with my daughter, it can never be a bad thing that she has more people rather than less people in her life who love her, and with whom she has a healthy attachment. I truly do feel blessed that I’ve got as close to “having it all” as many women have it; I’m able to enjoy what I do, but also spend quality time with my family. I agree with Sheryl, that we should all, collectively, find ways for more women to find a satisfying balance between the two without us participating in self-defeating behaviors or worrying what others think. We need to set positive examples of doing both in a healthy and productive way.